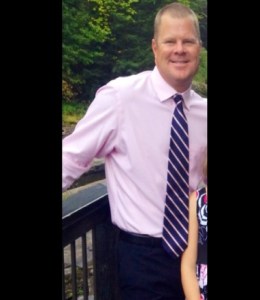 Married and Father of two Girls Licensed since 1994 N.J.A.R. Circle of Excellence Award Bronze Award 1996 2006 Silver Award 1997 1998 2000 2009 2011 2012 2014 Gold Award 1999 2001 2002 2007 2008 2013 Platinum Award 2003 2004 2005 Recipient Of N.A.R Distinguished Sales Club 2005. (10 Year Consecutive) Recipient Of Prudential Fox and Roach's "Top Of The Rock" 2003-2014 Recipient Of Berkshire Hathaway's "Chairmans Circle" 2003-2016 Diamond Platinum and Gold Top 1% of ALL Berkshire HathawayAgents NationwideSRS (Sales Representative Specialist) Designation Specializing in Real Estate Sale and Rentals in Southern New Jersey Shore Areas. Cape May up through to Ocean City In 1994 I started with Hager Real Estate(now Berkshire Hathaway Home Services Fox and Roach Realtors) Ocean City New Jersey's # 1 Real Estate Company and the 4th largest provider of Real Estate services in the Country. Since then I have enjoyed tremendous success with the company. I have received numerous awards for sale achievements from Berkshire Hathaway Fox and Roach as well as from the New Jersey Association of Realtors (NJAR). Berkshire Hathaway Fox and Roach has named me to there "Chairman Circle" and ' Top Of The Rock" club. I have the received # 1 Selling agent at my office several times. I have been a member of the NJAR Circle Of Excellence since 1996. To date I have Sold hundred's of properties and closed over $350 million in sales since joining Berkshire Hathaway Fox and Roach.I am a very hardworking and resilient Realtor with tremendous respect for my customers and work associates. In the past 20 years of working with Berkshire Hathaway Fox and Roach I have amassed an enormous client base that year after year continually refer there friends and family to me. I appreciate and THANK every one of you.To contact me please email kevin.decosta@foxroach.com or by phone LOCAL/DIRECT 609-545-5053. Also you may TEXT me anytime at 609-602-2627. Referrals are ALWAYS appreciated and reciprocated to the referring agent.